Kathryn Joyce is an investigative reporter at Salon, and the author of two books: The Child Catchers: Rescue, Trafficking and the New Gospel of Adoption and Quiverfull: Inside the Christian Patriarchy Movement. 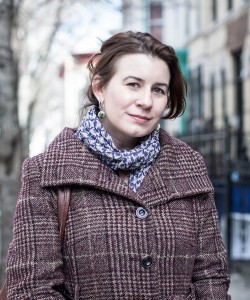 A finalist for the ASME Ellie award in public interest writing and for the Livingston Award, she has received awards from the Sidney Hillman Foundation (Sidney Award), the International Regional Magazine Association (public issues), the Association of LGBTQ Journalists (feature writing), the Association of Women in Communications (Clarion Award), the Religion Communicators Council (Wilbur Award), and the Planned Parenthood Foundation of America (Maggie Award). Her Highline/Type story “Out Here No One Can Hear You Scream” was included in the 2017 edition of The Best American Science and Nature Writing. She has received support for her work from Type Investigations/the Nation Institute Investigative Fund, the Thomson Reuters Foundation,  the United Nations Foundation, the International Reporting Project, the MacDowell Colony, the Blue Mountain Center, the Pulitzer Center for Crisis Reporting, the Knight Luce Fellowship for Reporting on Global Religion, and the Rockefeller Foundation’s Bellagio Center fellowship.

She is formerly the editor of Political Research Associates’ quarterly magazine The Public Eye, and teaches as an adjunct lecturer in Brooklyn College’s political science department.

For tips and general inquiries, send email to kathrynajoyce@gmail.com.